Tags: game, Wizards of the Coast

You are also welcome to come and join Wyrdroad.

the Secret of Innsmouth Miniatures Campaign

H.P. Lovecraft was known for many things; he was a prolific writer, a vivid imaginarian, and the creator of one of the most enduring mythos of all time.

That being said, he was also a raging bigot and alienist. It would be easy to write that off as a byproduct of the Eugenics craze that was sweeping the nation during his lifetime, but it’s still a problematic issue. It’s not like he benefitted from this, though; he pretty much died penniless and unknown.

You can, however, appreciate the man’s contribution to the horror genre, especially in the realm of Role Playing games. Chaosium’s Call of Cthulhu has been a staple of the horror RPG community for decades now, and Blind Beggar Miniatures has stepped up with some cool miniatures from one of Lovecraft’s greatest stories, the Secret of Innsmouth.

The Kickstarter campaign is winding down, but the figures…

THE GUNDESTRUP GHOSTS – Hidden Images in the Gundestrup Cauldron

Discovered in a peat bog near the village of Gundestrup in Denmark in 1891, the Gundestrup Cauldron is the largest and finest example of Iron Age European silverwork (diameter: 69 cm (27 in); height: 42 cm (17 in.). Despite being discovered inDenmark, the workmanship and iconography on the cauldron indicate that it originated on the Balkans, either among the Thraco-Celtic (Scordisci) or possibly Celto-Scythian (Bastarnae) tribes, although the exact date and location of production is still uncertain. 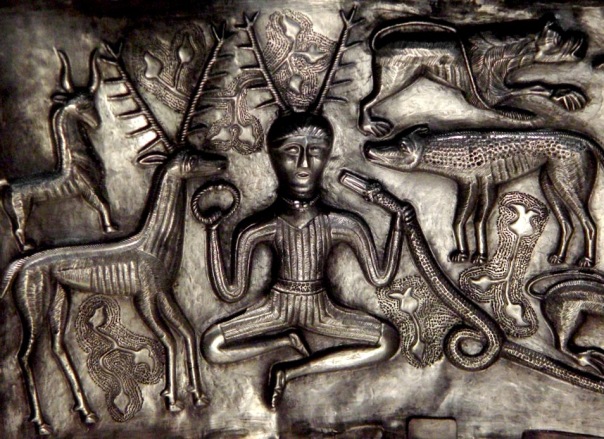 Antlered deity on Plate A of the Gundestrup cauldron, identified with the Celtic God Cernunnos, holding a ram-horned serpent and torc.

Celtic carnyx players depicted on Plate E of the Cauldron

Melee Lessons from the Battle of Pharsalus (48 B.C.E.)

Recently stumbled across the Historia Civilis Youtube channel, which has a slew of ancient military battles animated in that history book “Xs & Os” style illustrations (which I love).

On Friday night I watched one of his newer videos on the Battle of Pharsalus, which was a battle in Greece between the Caesar and Pompey.

Now onto the lessons from the battle: