I thoroughly enjoyed the final episode of Candle Cove tonight.

The wife and I went to see The Arrival today for our date. Although I have never read the short story within the first five minutes or so I had already figured out what the Arrival was, who it involved, and how it would likely occur. The clues were evidently abundant in the opening scenes. So I leaned over and whispered to my wife what would happen to whom and why.

I just couldn’t figure out the exact mechanism until I had more data and information. So I didn’t deduce  the mechanism involved until about half way through the film. Then I told her that.

Nevertheless the film was excellent in most every way. It was certainly one of the best hard sci-fi films I’ve seen in a long time. And the use of language was rather brilliant indeed. Actually, as far as language goes, it probably the very best sci-fi film I’ve ever seen (I say that as both an amateur philologist and an amateur cryptologist – so I greatly appreciated the peculiar and particular use of language indeed – plus the “scripted symbology” was especially beautiful in and of itself) and perhaps one of the best uses of language in any other kind of film I’ve ever seen. On that basis alone I highly recommend the film.

Actually the film itself came off like an old-school science fiction story/film, like a piece of work I would have expected by Arthur C. Clarke perhaps. It really was that good.

I suggest you go see it for yourself and enjoy it immensely.

I think I will also now read the short story…

Spoiler: As I have been saying for a very, very long time now, if time is non-linear then nothing else really matters. Everything is immortal, and always has been.

Only the destruction of time and space itself could change that.

Logan, and the Man in Black

Actually, I did wanna see that. That was immensely entertaining.

More of that kinda thing please…

5 Comments
Fancy seeing Captain America drop kick and decapitate an Ultron bot? Of course you do. So I’m not going to waste your time with any preamble, just watch the Australian television spot for Avengers: Age Of Ultron and immediately start to salivate.

Sensational. Despite being just 15 seconds long, this brief look at Joss Whedon’s hugely anticipated sequel rams home the two main aspects of Avengers: Age Of Ultron. Firstly, that the world is in utter chaos because of Ultron’s decision to wreak havoc across the globe. And secondly, that the Avengers themselves are going through their own issues. That’s why Iron Man has created a Hulk-buster suit that he uses to drag the big, green monster through a skyscraper.

The fact that both Thor (Chris Hemsworth) and Captain America (Chris Evans) are easily able to destroy the Ultron bots with an almighty swing of their hammer and shield, respectively, suggests that we’re going to get action scenes reminiscent of Age Of Ultron’s predecessor (2012’s The Avengers) and The Lord Of The Rings: The Return Of The King. In these films, each of our heroes took down the repeated sway of enemy soldiers with no difficulty, and the directors of these films made sure to keep audiences entertained by injecting humor and making the characters work as a tag-team to defeat them. Thor’s thwack of Cap’s shield with his hammer suggests Age Of Ultron’s battle scenes will be broken down in this manner, too.

Meanwhile, one of the most prominent aspects of Avengers: Age Of Ultron’s promotional campaign has been the tease of Iron Man (Robert Downey Jr.) and The Hulk’s (Mark Ruffalo) tussle. Because of The Hulk’s height, weight, anger and gamma-ray advantage over his metallic pal, Tony Stark has created a Hulkbuster suit to tackle Bruce Banner’s less-than-friendly alter-ego. Many rumors have started to circulate about the reasons for their tussle. Some have suggested that Iron Man resorts to tackling The Hulk because he has lost control and is wreaking havoc in a heavily populated area, while it’s also been teased that they go toe-to-toe just to see who is tougher. Scarlet Witch might also factor in to the fray, from what we have heard. Either way, the tease of their tussle has done a great job of amping up anticipation ahead of Age Of Ultron’s release, so much so that Avengers 2’s box office predictions are insanely high.

And now that we know that Captain America: Civil War will revolve around an almighty quarrel between Iron Man and Captain America, it basically proves that Age Of Ultron will help to sow these seeds ahead of Steve Rogers’ third solo adventure in 2016. But before that though, Avengers: Age Of Ultron will hit cinemas on May 1st. And it promises to be a pretty big deal.

I’m not going to Ireland to do this, but you gotta admit, it looks like a fun gig.

Looking for some extra work? ‘Vikings’ need 8,000 extras for filming in Ireland

Ever fancied joining a viking army? Now you can. Here’s how to apply…

Vikings, the hugely successful History Channel production that is filmed in Ireland, has announced a casting call to find a minimum of 8,000 extras to work on its forthcoming season, which will be filmed here.

The Canadian/Irish production recently began its third season and will begin filming the fourth in Ireland in April. The producers have today announced they are looking for extras to take part, and the selection process will be held in Dublin, at the Film Base in Temple Bar, and at the Grand Hotel, Abbey St, in Wicklow.

We covered the application process last year, and you can learn a bit more about what life as an extra on Vikings is like HERE

The work is casual and temporary, but with 8,000 spots to fill it would appear you’ll have a good chance of getting the call sometime between April and December, when filming wraps up.

Those interested can attend the open casting days, with the events page on the Vikings Extras Facebook page offering the following advice to applicants turning up to stake a claim.

They are mainly looking for adults aged 16+
People from all ethnic backgrounds are required
You do not need an appointment
You only need attend one day of auditions
Each person who attends will fill out an application and have a photo taken
The process will take roughly 20 minutes
When you head along, have your measurements to hand. E.g. Height, chest, dress, shoe size etc. (You’ll need them for the application form)
No need to bring a CV or headshots, but the team will accept them if you do have them with you
There’s a long list of specific skills and appearances they’re looking for, including: Fishermen, carpenters, skilled swords people, bowmen and women, ship hands, Latin speakers, tree surgeons, and males with long hair and beards (you can find a full list of these – and there are plenty more – on the Vikings Extras Facebook page).

Wednesday 7th April between 10am – 6pm

Check out the Vikings Extras Facebook page for more information

And if you haven’t seen Vikings, here’s a taster 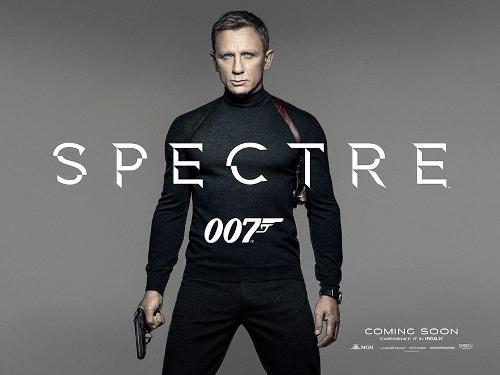 I think this has the potential to be every bit as good as Gotham. I look forward to it.

It’s hard for me to stomach George Clooney, but this new trailer actually looks far, far more interesting than the original trailer. So interesting I might just go see it.

A VISION OF THE VISION

It was the Vision after all…

Now this is the way you do the Man Without Fear…

HELL, THAT WAS SUPERB

They should give the guy who made this trailer a job.

The Civil War by the way is the thing that actually made me a Cap fan. Up until then I didn’t think much of Cap, thought he was mainly just a “take your orders kid, drug enhanced pretty boy” – an empty (and far too brightly-colored) suit.

When the Civil War broke out I thought, “Hell, he acts like a real man, and he ain’t just a governmental step and fetchit, Washingtonian-lackey after all.”

Ever since then I’ve really liked the charcater.

I’ve really liked him in the films.

With the marketing campaign of Avengers: Age of Ultron steadily underway, we couldn’t be more excited to see all our favorite MCU heroes get together again for another round of Joss Whedon directed excellence. However, one of Marvel’s most prevalent tricks is about making the audience care about not what’s coming up, but what’s coming next. But how do you do that with an Avengers film? Well by promising something even crazier on its follow-up.

As announced in the final quarter of last year, the upcoming Captain America: Civil War is going to feature an all out brawl (we hope) between Steve Rogers and Tony Stark that will also include a first time appearance by Black Panther. However, summer 2016 is still a long ways away, but thanks to one clever fan, that wait just became a little more bearable:

If the actual movie is even half as good as this fan-made trailer, then we’re going to be in for something really special. This is exactly the kind of thing we want to see take place in the upcoming Captain America threequel – a lot of moral conflict between Tony and Steve that boilers over into some of the best action sequences since Captain America: The Winter Soldier.

Yes, we have no doubt we’ll be blown clean out of our socks this May by Age of Ultron, but we may have even higher hopes now for Civil War, and that isn’t a bad thing. Applause to Alex86 for the amazing trailer work.

What do you think of this Civil War fan trailer? Let us know in the comments below.

GOT TRAILER? NO? THEN SEE SEASON FIVE

CHANGE I CAN ACTUALLY LIVE WITH? I HOPE SO

Is change coming? The Fantastic Four is by far the suckiest film franchise Marvel has.

This however might change that. If so, I’d be glad.