Do any of you guys play psionics in D&D 5E?

If so then what do you think of things like the Mystic, or do you handle it entirely differently? My group will start playing soon and I’m thinking of either giving one character psionic powers (because of exposure to supernatural magics).

In other words entirely doing away with the idea of psionics being a “class” or “profession” and instead returning to the AD&D idea of it being a sort of rare mutation.

Also I’m thinking of doing away with the parallel powers (which is nothing more than sorcererous magical powers by another name) of psionic “classes” and concentrating heavily upon the subconscious, visions, dreams, forewarnings, integrated senses, synesthesia, intuitions, and psychological and mental combat and combats of the “Will.”

And of having certain places (the cleft of the oracle at Delphi), and certain substances, and certain techniques (fasting, going without sleep, entering trance states, sensory deprivation, prayer, etc.) modifying, augmenting, suppressing, or altering how psionic abilities work.

But I’d be interested in hearing how you do it, and how that works out for you. 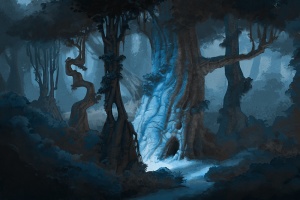