THE COMMONER’S VIGIL, AND A FEW OBSERVATIONS ON POP CULTURE

I don’t watch TV during the week unless there is some kind of emergency, like a terrorist attack.

But I do watch on the weekends sometimes. To me TV was an utter wasteland for many decades. But in the past few years, maybe even for a decade or so now, it has undergone a real Renaissance.

That being said here are some of my favorite new shows. (I won’t mention shows I have watched awhile over time.) Yes, I know these might not be new shows to you, but they are all new to me as I don’t watch TV a lot (too busy) and so I might just now be seeing them for the first time.

I recommend them all.

FORGED IN FIRE – really, really appeals to the blacksmith and tool maker in me which I get form my old man. I love this show. I love the blades and weapons they create. And observing the techniques they employ.

THE SELECTION – really, really love this show and it gave me several very good ideas for the physical training program I was already developing called The Roman Way, which you can read more about on my other blogs. I am writing a book and training manual for the Roman Way. I liked the psychological aspects of the selection best however, even moreso than the training methods employed. A couple of the instructors I really like too and tow of them reminded me of buddies of mine.

EMERALD CITY – beautiful, without a doubt. The story meanders however and it is kind of more of a chick show to me. But I really like the Wizard of Oz and the displays of “magic.”

SIX – a little overemotional and overwrought to me, as far as the character depictions of the operators. Too much of an intent to hyper-dramatize for modern audiences. But the stories are awful good and the missions often solid. But still the emotionalism too often fucks up the outcomes. Which, personally, I would not allow. But it’s only TV.

TABOO – the best damned man show I’ve seen, maybe, ever… As in ever. In my whole freaking life. I can’t recommended it enough. This is a real work of art. High Art.

and, one of the shows I’ve watched before but which I am really, really looking forward to returning soon, THE EXPANSE.

Aside from the original STAR TREK it is, without a doubt, the best science-fiction television show I’ve ever seen in my life. Extremely good and incredibly solid. 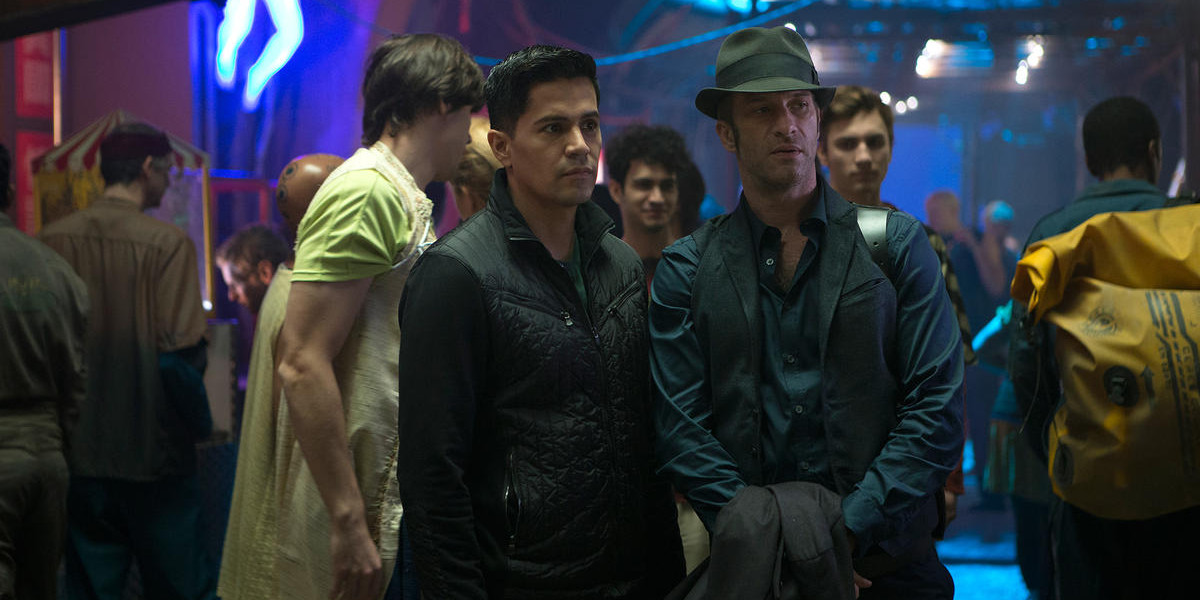