This was the campaign map for a DragonQuest campaign from the early ’90s which we called the “Rotating Campaign.” There was not a single GM for the game, everyone had a character, and several of us took turns running adventures (during which our characters would typically be out of the picture for one reason or another).

The setting was among the remaining free countries that were being devoured by a continental empire. Thor Hansen (G+ link) created the map, with input from the rest of us in setting up the various countries and developing their character and politics. 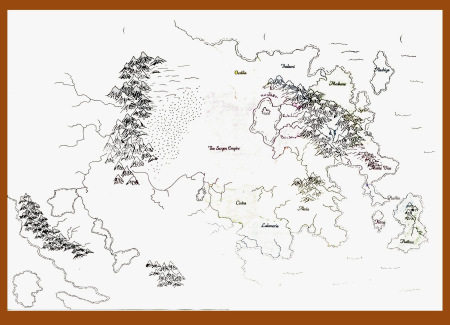 Posted on April 17, 2015, in Uncategorized. Bookmark the permalink. Leave a comment.