A55 The Cat Has Jumped – AAR on Seaborne Assault!!

Looks like an extremely interesting scenario I wouldn’t mind playing myself.

This scenario reflects the seaborne assault by the IJA on a relatively lightly held beach in the Philippines. The landing took place on Dec 22 1941, shortly after the attack on Pearl Harbour. Conditions were not ideal on this beach – the wind’s heavy and so’s the surf. The Japanese launched their attack on these “shohatsu’s” (or “LCs” for landing crafts) which were really big steel boats. 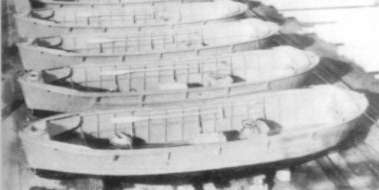 As such, neither the crew nor the passengers get to button up.  They were therefore subjected to a +2 CE DRM (Crew Exposed DR modifier) at all times.  The Filipino defenders had problems of their own as well : they were using MGs that were stored since the 1920’s.  The defenders’ machine guns were therefore a lot less reliable than usual (X11 instead of B12).

Posted on October 26, 2014, in Uncategorized. Bookmark the permalink. Leave a comment.